Accueil > Actualités > Which U.S. Companies Are Doing the Most R&D in China and India ?

Which U.S. Companies Are Doing the Most R&D in China and India ? 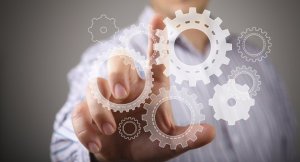 Over 200 publicly listed American companies have R&D budgets that exceed $100 million annually. Which companies allocate the highest proportion of that budget to engineering in China and India, specifically ? And what drives their success with these global engineering initiatives ?

To find out, we developed a measure and coined the term Global Engineering Intensity (GEI) as the ratio of the headcount of R&D staff in India plus China to a companys current annual R&D expense. The count of R&D personnel for each company was obtained by queries on LinkedIn. While both measures are less than perfect, and we recognize that many companies use Eastern Europe and South American engineering sites, the GEI works well to demonstrate the diversity of industriesit isnt just software and ITwith a significant portion of their R&D overseas. The top thirty companies are shown below.

IoT in the enterprise 2020 : Shadow IoT emerges as security threat